Reposted from Their Highnesses’ announcement in the Æstel:

Our attention is already drawn to this spring’s Crown Tournament, to be held on May 7th in Delftwood, which will determine our Heirs.

In addition to the usual requirements set forth by Corpora and Kingdom Law, we are asking that every combatant and consort demonstrate a reasonable level of activity in the Society and in Æthelmearc by including in their Letter of Intent a list of six events attended within the past year, starting with the previous Spring Crown. Two lists should be included: one for the combatant and one for the consort. Formal events sponsored by an official Æthelmearc group are acceptable, as are major Inter-Kingdom events; practices and get-togethers should not be included.

Letters of Intent must be received by our Coronation on April 9th. We look forward to a tournament full of pageantry and chivalry. 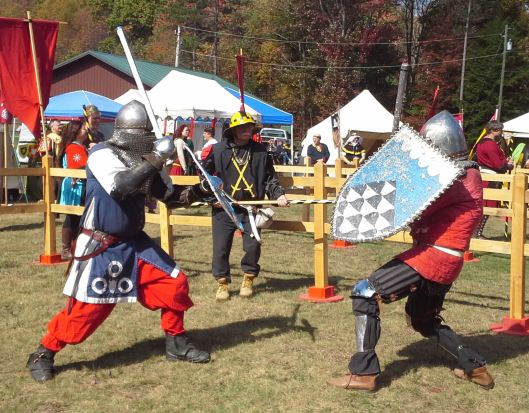