Unto all the groups of Æthelmearc does the Order of the Scarlet Guard wish to issue a challenge.

This year on Saturday, June 11, in the Shire of Hornwood at the Scarlet Guard Inn IV, we are inviting every Barony, Shire, Canton, and College to send an individual to compete in an archery competition.

To enter, each group can pick one representative who is a member of that group, and send along a signed letter from the seneschal of the group as proof of entry. Only persons with a signed letter from the group’s seneschal will be allowed to compete. We would also ask that each group send a small item or token from their group that would then be put in the prize basket for the winner. There is also a banner for the winner to keep during the year. It is our plan to have the name of the winner and group he/she is from added to this banner each year.

Members of the Scarlet Guard are not eligible to shoot in this competition. Also, the archer who won the previous year is not eligible, but that group may send another archer instead.

The winner of last year’s challenge was the Barony-Marche of the Debatable Lands, which sent Takamatsu Gentarou Yoshitaka as its representative.

It is our hope to continue this challenge every year.

If you have any questions, please contact us at scarletguard_clerk@aethelmearc.org. 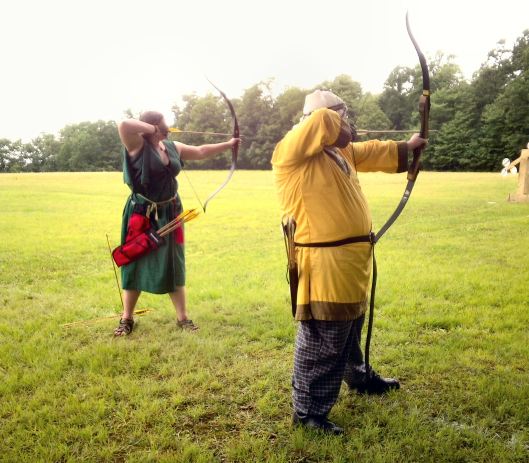