Hello, and may I extend my sincerest welcome to all who are planning on attending the 20th Anniversary Tournament of the White Hart! For those of you who may not know me, I am Adelyn and I am the 20th Lady of the White Hart.  I would like to share with you some of the reasons why this tournament is so special to me, and why I hope that you will give it the opportunity to be special to you, as well.

As you may be aware, my husband, Lord Christian Goldenlok, fought for my honor last year, and through populace vote we were selected to be this year’s Lord and Lady of the White Hart. I was beyond honored, and very sentimental about this wonderful election. To truly explain why, we must go back in time…

Lord Christian and Lady Adelyn, the 20th Lord and Lady of the White Hart

It all started when I was very young, long before I had even met Christian Goldenlok. I grew up with a great love of literature. According to my mother, I started reading when I was only about 3 years old. I really don’t even remember learning how to read, but I do remember reading everything I could get my hands on. Tales of chivalrous knights and adventurous young heroines quickly became my favorite, and as my ability to read often outstripped the age-appropriate materials available to me, my mother soon turned to her friend Joy, who reviewed children’s and young adult novels for magazines. She introduced me to the Alanna of Tortall series—a series of four books by Tamora Peirce where an 11-year-old girl defies her father and convinces her twin brother to trade places with her so that she can go to the capital to be trained in being a knight. From the moment my eyes touched the first page, I was enthralled. From that moment on, I dreamed that I too could find a way to get wrapped in the adventures of a medieval world, where I could dress in armor and fight, or dress is silks and be wooed, or learn the methodical teachings of sewing or weaving or leather-working.

As time elapsed, I continued to read, and enjoyed my time spent in those fictional worlds, but always wanted more. When I was about 13, I had to write and illustrate my own children’s book for a school project.  I wrote about a 13-year-old girl who got sucked through a time-warp and spent the rest of her days in Medieval England. I continued to get older, and continued to dream of an adventurous life—I thought about going to a Renaissance Faire, but was disappointed with the idea that I and so many others would just be dressed in blue jeans and sweaters; it just wouldn’t feel real.

Then, one day almost 10 years after my 13-year-old self wrote that book, I was talking with a new friend I had made at church, a man who would become my husband. He was telling me about a group that got together once a week, dressed in real armor, and for-real beat each other. I was intrigued (and also very shy). I went for four weeks in a row, with a book in hand. I sat in the corner, “reading” my book, and watching the fighters before I really worked up the courage to start talking to people. It was several more weeks before I got the nerve to ask to try on a set of loaner armor to try my hand at armored combat.

It was so much fun! I couldn’t believe the joy that small group of heavy fighters brought to my life. It was around this time Christian asked me to be his girlfriend. It was only a month after we started dating that he said he wanted to take me to an event—a tournament. I was scared. I told him I wasn’t ready to fight in a tournament. He laughed and said I didn’t have to. It was a laid back tournament, one where there was a lady’s gallery, and a lot of people just watched the fighters.  He said he wouldn’t fight so that he wouldn’t leave my side.  My next concern—I didn’t have anything to wear. Christian had already thought of that. He had already spoken with Lady Barbaia of Sable Maul, who had agreed to lend me some garb.

We were going. I was so thrilled.  I was impressed that this new man in my life had put so much thought into taking me to my first SCA event, my first real medieval adventure. We showed up at the Cabell County 4-H Camp, and from the moment I entered my first SCA site I was transported. Not only was being in this place a dream come true, it was a pretty damn romantic first event, as well.

Let’s fast forward again to last year.  Lord Christian and I were now engaged and were returning to the Tournament of the White Hart, the anniversary of our first event together, and my first event.  This time he was fighting for my honor. I had come out of my shell enough to talk to approximately eight people instead of two. At the tournament’s culmination, the White Hart populace voiced their inspiration and named us the Lord and Lady of the White Hart!

I believe this year will prove to be another wonderful year at White Hart. For me, it will mean my first White Hart with my new husband.  It will mean another year of growth and love to be celebrated. Not to mention, it is the 20th anniversary of the event, and I have some inside information about the amazing things that the autocrat and feastocrat have been doing. It’s going to be epic. White Hart is hosted by the Shire of Port Oasis, in Huntington, WV.  The amazing Autocrat of this year’s Tournament is Lord Sasson della Sancta Victoria. Lady Astridr Vigaskegg will be in charge of the incredible feast to follow the tournament. I can’t wait to be able to indulge in the feast!

It will also be a time of great celebration for Christian and me, because not only will I be serving as the Lady of White Hart, I will also be doing so while pregnant with our first child! We have been waiting patiently to publicly share the news, and thought that advertising for White Hart would be the perfect opportunity! 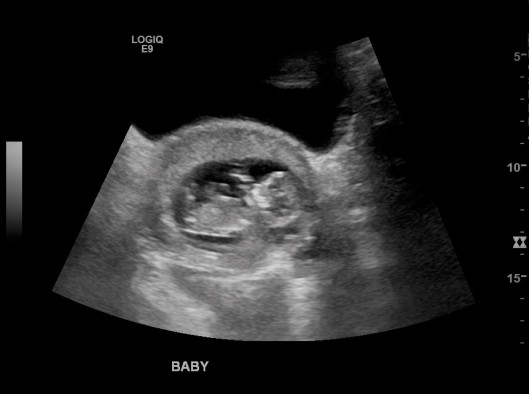